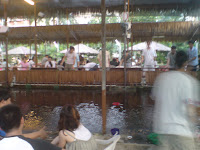 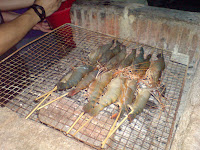 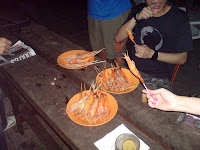 It got pretty late, and the loud ringing and flashing lights were getting to some of us. We went on our separate ways, and hope that there'll be another eating/drinking/gaming session soon...

my bus passed by prawnfishing around 7...was tempted to alight to see if u all are still around...but the thought of u all may have left oredi, i went home. Haaa

How come i never seem to know when ppl from CBB going out ah?

THB - will update you next time. They use plurk to do it, I just SMS nia..

THB> cos we always plurk mah. kk next time update u.
tiong> aiya, me student, arcade still can afford. those more expensive stuff no choice mah. so ok lah, have fun can alr. =P