"Who are you, after you stop What you do?"
Below is an original, unedited entry from my buddy, Shai.

I’ve known Jeff aka ‘Ah Tiong’ for about more than two years through the Arsenal Singapore Supporters Club. This club is amazing and I’ve amassed some good friends there. Jeff is one of them. Naturally, we became closer and of course with alcohol involved. Who would not like him, he is such ‘nice’ guy… Through him, I got to know his sister, Shirlyn. She ‘rocks’ my world. Hmmmm…. 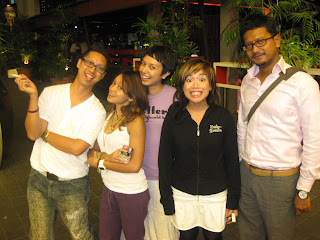 One of the highlights I would like to share is the Bangkok trip with Jeff in Apr 2008. It was fun and I had a different perspective of how Jeff is. Sometimes, you never thought what and who your friends are until you go for an oversea trip with them. You’ll definitely learn something from each other. And no, we didn’t have bang cock sessions there. We were there to attend a wedding. During the trip, I found out he likes to take long walk and public transport rather than taking the taxis (even though it is damn near and the cab ride was crazily cheap). In the end, I followed his propensity and I had a wonderful insight of Bangkok, which I have never experienced (I was there in 1996). In the end, I enjoyed the walking and the train rides, feeling so touristy and everything. What an experience! 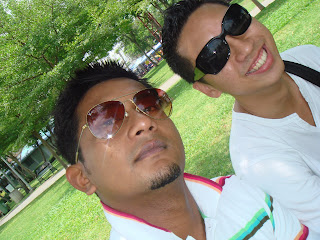 Jeff is really a great way to fly. He is a mixed of a ‘Hokkien peng’ and a down to earth person. I can only describe him as ‘what you see is what you get’. He has no qualms about expressing what’s in his mind and heart. Though sometimes he may be misunderstood by people, he has no malice intended. He is also one charming man and he takes action smoothly. I do not know how he operates though, but I envy him in some way or another. But above all, he is a giving man….

Today, is Jeff’s special day and I would like to dedicate this post to him. Happy Birthday dude! Wishing you all the best in your life and career and many, many more birthdays to come. Have a great celebration… 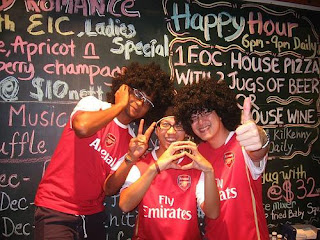 Go easy on me Sat ya, limpeh have to work Sunday one.

i now do wonder how you will manage to wake up for work on sunday.... teeheeehehee