A tale of 2 cities

Will be leaving for Hong Kong/San Francisco this evening. There are some places that one flies to so often that when you check in all you wanna do is to stay in the room and veg out with room service and watch cable tv. These 2 places are not like that.

I can't remember the last time I visited Hong Kong. The streets are always bustling, people are always rushing from place to place, great food is always round every corner. Other than the electronics shop operated by unscrupulous salesmen(one should never buy anything electronic from Hong Kong, our island has the best deals, really), most retail shops are ran by friendly, courteous staff that greets you when you enter, dig through piles of clothes to find the size you want, and if they don't have it, ring up the closest branch to check for you without you asking. If you were to leave empty handed they'll still wish you a good evening and ask that you come back again. Many think that the Japanese standard is the penultimate when it comes to customer service, but I find it quite robotic and frankly I don't understand much of what they saying most times la. Hong-Kongers make you feel like you walking into a place ran by your friend; asking whether you have eaten, talk about the latest movie/weather, even going as far as to compliment the way you wear your outfit. Now that's what I call service that warms the heart... And what do you know, we have set up a task force(again) to up our service standard here in Singapore(again)!

Amongst the 3 US cities I travel to for work(the other 2 being New York and Los Angeles), San Francisco rates as one of the more touristy in my books. There's always a queue for the expensive cable car ride to Fishermen's Wharf, when you can actually be like the locals and hop onto a public b

us to reach there. I've taken the cruise around San Francisco Bay 3 times already, each time bringing some wide-eyed junior crew there. Those who just watched the deliriously delicious Charlie & the Chocolate Factory will not wanna miss Ghiradellis chocolates while in the Bay area. Food wise I'm not fussy, preferring to just gobble down the nearest burger or slice pizza I can lay my hands on, though some of my colleagues swear by THAT Thai or Japanese restaurant and simply must walk a couple of streets to get there. The movie theatre experience is also different; here I buy a ticket for one movie, but sneak into another theatre after taking a toilet break. I haven't got caught yet, since most times it's a weekday and there's a thin crowd. It's a nice way to stay awake to beat the jet lag coming in from Hong Kong.

I will be going away after for a short trip to KL after my flight. Taking a bus there at 11pm, I should get into KL city by morning. Did some research and hope it comes in handy when I get there. I don't recall much about KL, except that it looks and feels just like Orchard Road. Hopefully I can gain a new perspective of the city during my jaunt there. 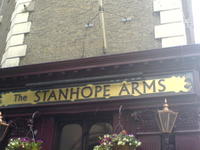 Yesiree the EPL season has started again. Where better to watch the kickoff than in London right?

I was fortunate enough to have been on duty there the weekend past, and so managed to catch all the matches played by the top 4 teams. I had to settle for watching them on cable in a pub, but the atmosphere and a couple of Guiness made up for it. 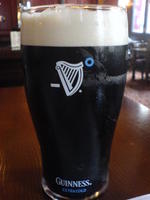 Manchester United are hungry for the title this season, and have the means to do so too in Ruud & Roo. Liverpool too wants to improve on their positioning, though for how long they can depend on Stevie is anyone's guess. The Chelski abomination marches on, inflating the transfer market in the whole of Europe, while buying up every emerging talent there is at obscene prices. Arsenal still plays their style of free-flowing football. I feel that this is their season to rebuild upon their youth players, but they should have a decent finish.

It's just the beginning, and like some bookies say; the ball is round, anything can happen... 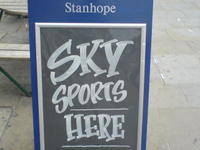 I went to watch Dim Sum Dollies last night with a few of my friends. It is a popular cabaret/musical that had a good run for the past 2 years, each involving topics relevant to the current(political?) climate then. I managed to get us the last few tickets of the show and sat right up there in the front row. It was like watching an Omnimax movie, where you have to lean back to see all the action. The gals in the group got an up close look at the Lor-My-Guys ( back-up dancers ) whilst I got to look up the Dollies' costumes :P

No stones were left un-turned in this production's search for material. The NKF saga came up at least twice, which is already a stretch as it's been played out in the media for so long. There's some parodies of movies, which I think unnecessary. There was one of food court cleaning aunties, and a stretched skit about Bollywood movies. They threw in a game show, an ACTUAL game show, right after the first intermission! This is no doubt a way to please sponsors and bring in much needed revenue, knowing how the arts groups suffer in Singapore. I cringed throughout it though, and I felt the show went downhill from there. Hossan Leong doesn't bring much to the production too, except the usual cross-dressing and fake accents.

All in all, a good effort, but quite forgettable. 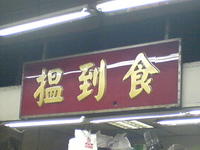 We went for Dim Sum after the show at Geylang. Compared to the big bucks we spent on the tickets for the theatre production, this one hit the spot, and at $8 per head only!! We had porridge, a good selection of delights, and washed that all down with a bowl of chilled chrysanthemum tea. Plenty more satisfying than the one served up cold and bland at the Esplandade theatre earlier on...
4 comments:

On National Day Eve, I called up my buddy redcocoon and headed down to Marina Bay as my Sis' The UnXpected were hired to give a short performance at the Powerhouse, next to Glutton Square.

We decided to buy take-aways from Carl's Junior, a little known burger joint new in Singapore. Big ass burgers, expensive too, but satisfying nonetheless. We sat and enjoyed other performances that were going on.There were podium dancers(not very good ones..), and I think the group called Fireflys. Now the Fireflys are a group of fire twirling peeps and drummers that perform all over. I guess for safety reasons they were using glow sticks, which is a pity. The main event for that hour has to be the band performance. The stage was set, and I must say I've never seen them on such a big stage. You can see that the guys were playing their hearts out, and had more armroom than the one that they usually get at Balaclava and Wala Wala. I took some clips down with me mobile and will try to put it up soon.

After that we moved on to Wala Wala and continued with our drinks. The band was more subdued, playing radio friendly hits but still entertaining an appreciative crowd. Brandon and Shirlyn had to rush off to KL for a recording for their coming album right after their set. I believe it will have more orginal materials this time round, so watch out for that.
3 comments:

Silence is not golden

The silence is deafening.

Our hands touch, but are not held.

We're in the same space, yet we are strangers to each other.

How long can this go on?

How soon before one of us crumbles?

It's been a while since I caught up with some friends of mine. So over the past few days(I've got 5 days off from work), before I fly off to Osaka, I had been busy making plans to catch up over a cuppa or dinner or movie. It used to be so spontaneous, meeting up with friends. I guess as the demands of daily life sets in, even friends have to 'scheduled' into the calendar.

We chat about many things; work, social life, gossip. Sometimes, just sitting there next to each other is company enough. No calls to answer, no colleague bugging you about the deadline. For that couple of hours or so, it's just the your friend(s) and you. It's funny how we lose touch with the people closest to us while trying to build new, often short-term, relationships with strangers we just met.

A friend told me that as you grow older, you'd need less friends. What I think he means is, if you'd already a strong support base of friends, there really isn't the need to go around pleasing the new 'friends' you just made. Be nice to them, yes, but don't miss the forest for the trees...

Back on the Boat again...

I'd laid off after the competition(we came in 4th, did I say that already?) and have been pigging out ever since. I more or less planted myself at Wala Wala for the whole time; gulped down Hoe's and wolfed down countless chicken wings. Along the way found 2 drinking kakis in the team who always seem to have time for one more drink!

So it was with much trepidation that I approached the 1st training last Thurs. We limbered up and were put through our paces. After the jog/sprints I puked again. Looks like it's back to square one for me. The rowing was more like a revision, as we had new rowers with us. It's good to be in the sun again, I've became pale since and can't wait to have that dark tan again. We're gearing up for the Nov competition, the River Regatta, and so should up the tempo towards Oct. This'll be a tougher one as it basically boils down to the team that has the most stamina and brute strength. I'm sure we'll turn out ok though, with the kind of spirit that we are currently running on.

Have to get meself in shape again to book a place on the boat. Am not exactly the biggest guy in the team so have to fight my way onto the boat!
3 comments: