Picking up the pieces, again... 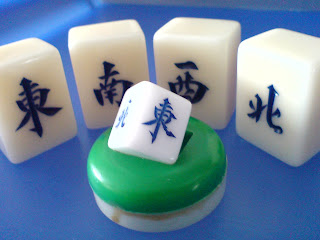 So I had a taste of 卫生麻将-MahJong after a long time when, after the reunion dinner, I asked if my teenage niece plays. Soon we were sitting down playing a healthy, short session.

When I got home I had this itch that just wouldn't go away. Started plurking about it. If not for the last minute logistics plus the midnight charge, we would've had a game right at my place the same night/morning. We settled for one round of WahJong on Viwawa instead...

A game was finally organised last night, I was impressed at how we made the decision at such short notice. I had to lug a Mahjong table from my brother's place, along with the set. Then the splitting of the chips (I would've preferrred to play with actual cash la). After which it was a matter of waiting for the kars to arrive...

All came with significant other in tow, but the Wii made sure they were not left gawking over our shoulders. Nick Lee came with refereshments, and Cow went to buy MacDonalds for the peckish gamblers. Thiang this time had a chance to improve on her MarioKart, sans alcohol punishment. Credit to 嘻哈赌妹 1121 for keeping the spirits up throughout the night till first light in the morning.

Perhaps it had to do with the fact that I haven't touched a set of tiles for so long, I was wide awake for the whole sesion. The clickity-clacking, the friendly banter, the mindphucking amongst 4 players, the cursing at an inanimate object. It all came back to me...Funny how I used to struggle through even 2 rounds, and once dozed off while picking up a tile.

It could be that I no longer am the 放炮菜头!
No comments:

When you can find your 光华小学 classmate/1 SIR campmate in the CowBoyBar... 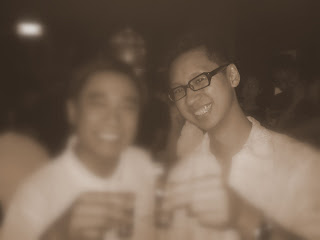 Still the Beng that I know, except that now ish Lao Beng
4 comments: 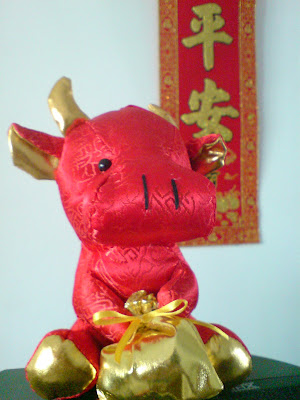 My name is Tiong. This is my House.

The last 2 weeks have been a blur of waving wiimotes, screaming CB Sishtas, and plenty of whiskey. The festive seasons are following closer than previous years too, therefore the non-stop celebrations.
It began innocently enough; I have a new Wii and plenty of alcohol. You bring food, come over and we play.
What surprised me was how popular my Wii parties became. The good people from The CowBoyBar are always asking about the next Wii party when they leave. Tactics of the games we play are discussed while online. Mystical creatures such as Merlions and LongKang Fairies start to appear. Couples start rabba-ing on the floor. My address have taken on different monikers.
Videos of the now-famous CB Sishtas are posted

I as a host didn't have to do much, other than the shifting of some furniture. The party practically runs by itself, as long as the alcohol is flowing. Wii and alcohol is a very potent mix, trust me.
Luckily my neighbour either sleep very soundly, or are very patient with the racket that we create at night.
Just in case anyways, will be preparing a CNY hamper for them.
Welcome to Lorong Ah Soo aka House of Tiong aka St Jeff's PowerStation WiiSky Bar.
2 comments:

Too much Wii & alcohol last night.
No comments: