I dream of Miyagi...

The following was quickly hammered out in the wee hours of this morning:

Quickly; it involves Jackie Chan in a very bad sci fi/fantasy movie with a script done by some local people, one of which is Mr Miyagi. The last thing I can remember is how Mr Miyagi put his arms over my shoulder like a brudder and telling me not to believe everything that was bad mouthed about him or the movie. Oh and it got Mrs Miyagi involved too, who was carryng mini-Miyagi.

This should so go onto my blog, but I'm worried about the chain of events that it might set off, and hence result in a whirlwind of unforeseen circumstances that would just push the last breadth out of me, or just off my bed.

Which is what nearly happened before I woke up at 0415.

I'm already looking forward to Sunday. Not that I'm having a bad start to the week, no.

It's because Sunday will be my 1st trip down to Elizabeth Pub since the season kicked off! The smell of alcohol on everyone's breadth; the jostling to see that move by Cesc; the chicken wings, ooh the chicken wings...

I am already reading/hearing about how it's elbow room only since word spread that The Singapore Gooners gather there. Credit must go to the Exco members for spreading Arsenal Singapore's good name, and continued efforts whilst holding down their day jobs.

I will most definitely see the regulars there, and hopefully meet some new faces too. Maybe will chill at the pool from early evening onwards, as I doubt using tissue paper to 'chope' tables like they do at Shenton Way will make me any new friends fast...
No comments:

I've not been down to Liz Pub due to my schedule for Arsenal matches since their season kicked off. From what I read and hear, word has definitely spread and the pub is mostly packed on Arsenal telecasts.

Yesterday I had to contend with watching the match while in Seoul. I had to excuse myself to run back to my own room to watch StarSports coverage as the rest of them were watching the Liverpool v Chelsea match.

At least they are showing it on ESPN/StarSports here. I cannot emphasis how much I do not like the coverage on Football Channel. It's well and good if all I want is to watch the match, but for pre/half-time/post match commentary I'd rather listen to John Dykes and Steve McMahon than that pasty looking Joe Morrisson. Which makes me miss the dudes and atmosphere at Liz Pub more.

The Fulham match was a heart stopping one, the last 10 minutes providing the highest entertainment value with the help of Toure, RvP, Helb.

Playing Blackburn was like watching a football team play a rugby team. I don't know if Blackburn are as physical/bullying with any other teams in the EPL. They were mistaken if they thought these were just boys that are playing in the Carling Cup though, as Arsenal stood up to their many antics and even had a few choice words for their Manager.

The Lehmann situation doesn't look good. Yes, it's been only 2 matches. To make a blunder out of both though, is deserving of a 2nd look at our reserve keepers.

Will be on my way to Christchurch when Arsenal hosts Manchester City this Saturday (Dammit!). The standings at this point is not an accurate reflection so I am not looking at it. We do need to look hard at Lehmann though.

Arghh, can someone Fedex me some spicy chicken wings from Liz Pub?!
3 comments:

Moblog: Kicking back in San Francisco 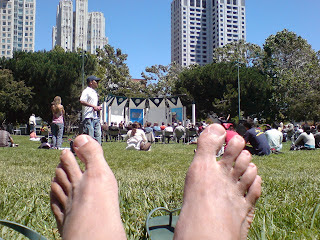 Glorious weather, free concert in the park too! How to quit flying liddat...
No comments:

Coming to a bus near you... 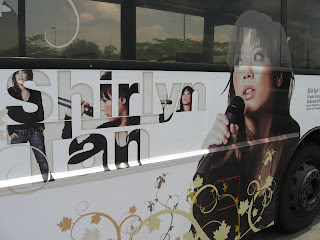 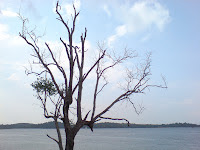 It was a good Sunday out at Changi Village. We went for a stroll before heading to Charlie's Corner for dinner. When we got there, however, the sign says it reopens at 6pm. It was 515pm then.

It just struck me that some people in Changi Village practise the siesta, ie take a break after lunch to rest up before dinner. Cool.

The conversation inevitably turns to the much anticipated arrival of my pals' child; a boy if all indications are correct. The name has been chosen too. A very cool one at that. I jested that it would sound great for when Junior joins the X-Games, if Daddy Dearest will groom him to be such an athlete. I mentioned that Singaporeans excel at individual sports; bowling, sailing, swimming...

I asked then how about the Mandarin name? He's still wondering about that. It has to contain the word courage or yong(3) though, as it's in his family line. One of his ancestors was an emperor, according to his uncle. He's leaving it to the experts to come up with a few names, that has the right number of strokes to ensure his first kick into the real world will be a good one.

It gives one a warm fuzzy feeling when you see a good friend taking baby steps toward parenthood.

Me? I've been quoted in HerWorld magazine as someone who's old skool when it comes to bringing up a child. The cane and a strong hand will be staple, if ah boy/ah girl gets outta line. None of that "talk to your child, be his friend" crap.
4 comments: 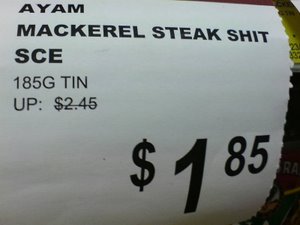 Shit for sale?!
No comments: 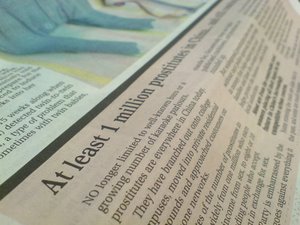 So National Day is almost here.

Have you hung your red and white outside your place of accomodation yet?

I'm one of those who isn't.

I find it hard to fly the national flag when the country that I grew up in doesn't invoke any patriotism in me anymore.

Instead of being a citizen, I feel like an employee in Singapore Inc. 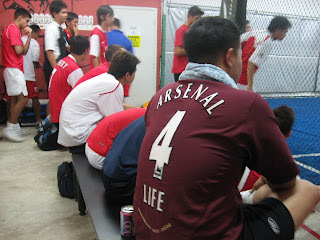 Gooners get a workout at Kallang.