Wake me up, before you go go

So it will be a while before I take to the skies again.

I will be joining the maddening masses during the morning crush on the bus, on a 45 minute journey, give or take an armpit in my face, in order to reach my final destination.

The commute I can take.

The challenge, indeed, is in getting up early enough so that I have ample time for the commute and then settle down for my lessons. I don't own an alarm clock loud enough that'll wake me and the neighbours 2 floors up and down (seriously, I've heard those ones before!) . All I have is my trusty k810i, with snooze function.

Have to, nay, GOT TO resist hitting that snooze button.

On the brighter note, I should be able to make it to the many binge-drinking sessions outings on in the evenings with my 猪朋狗友 friends, which will eventually translate into late nights. 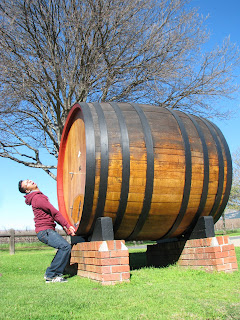 Which brings me back to the problem of waking up early enough. 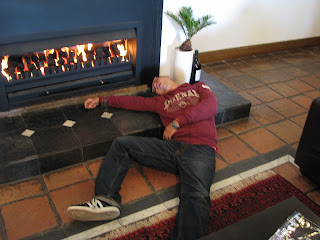 And the need for that loud alarm clock.
1 comment: 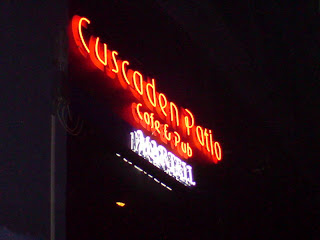 How much for your John Hancock?

Being an Arsenal fan invariably means buying the home and away jersey every season. I know of a local fan who even buys the matching socks!

I've always resisted from printing players' names/numbers on the back of the jersey. Not only does it add to the already pricey garment, I find that my allegiance is to the Club, and not a player.

Sure, I will always have something to say about one player or another. However, the contracts they sign are as worthless as paper towels as soon as they are suckered into a huger payout somewhere else.

Which is why I am not over the moon with Adebayor's "commitment" to the Club with his newly-signed long term contract. The guy who got himself in the news for all the wrong reasons during the off-season. The guy who can't figure out how to beat the offside trap. The guy who can't control the ball effectively. The guy who fancies himself to be the next Henry of Arseanal ( and tries to emulates his moves, but FAILS!). The guy who lets his agent runs roughshod over the Club that gave him a chance.

I'd much rather take a closer look at RvP's return to fitness, look forward to Eduardo's rebirth, Bendtner's partnership up front with any other striker, the fringe players that Arsene's gonna put on the field ...

New Toy on the Block!!

Gunning for the Kick Off!!

It's finally here, the best sporting event on TV.

No. Not the Olympics, but the English Premier League!!

Regular service will carry on from here on. Weekends will be spent following my Arsenal, topics with the boys (and some girls) will revolve around the play of the week, Arsenal fan sites like Arseblog, A Cultured Left Foot, and our local Siren will be refreshed countless times.

Obviously, the season will focus on Arsene's non-spending during the summer break. His stubborness not to spend on big names, whether its due to finances or not, has given many a young faces a place in the first XI that are most would not dare to dream of in other big European clubs.

To recap, I didn't start following Arsenal because of the trophies it has picked up in its long history. I am a visual person. And when I first saw TH14 bring a ball, seemingly attached to his feet, all the way from his own half to the other, and calmly slot in a goal, I was hooked.

I was to find out, 3 years on, that the beauty of Arsenal's football has a lot to do with one person's philosophy, his altruistic vision, and knack for spotting unknown, unproven talent when they are young (and spitting them out when they are past their prime!) . 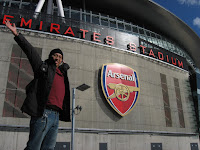 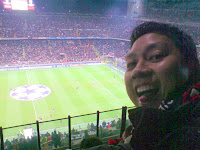 I have visited the hallowed grounds, spent a small fortune watching their matches, and even swallowed my pride to sit in the away section once. Memorabilia of the Club is slowly filling up one of my room in my flat.

Having a local fan club helps to fuel my allegiance to the Club. The fact that we can use it to do some good work for the community is a nice touch too. Match days at The Liz is an attack in all one's senses. The singing, the crowd, the food and drinks.

There are more passionate, hardcore fans out there, but I'll do it in my own "mild-tempered" ways.

Come on Arsenal!!
No comments:

Just back from a 7hr overnight flight, and I come home to a washing machine with a clogged drain hose.

This machine has served me well for the past 5 years or so. Sure the control knob has fallen off, and yeah, I use a flat-head screwdriver to open the front when I load in my laundry. Overall though, it has done its job of making sure I have clean underwear to wear to work everyday. 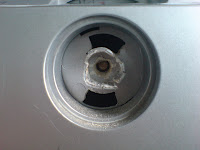 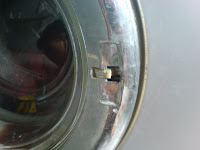 I had initially wanted to get a brand new one, but then balked at the prices when I perused some at the home appliances department. They cost upwards of $800!!

After googling around for a self fix-it, I came upon this site that pretty much teaches one how to DIY repair just about any household appliance in the home.

I chickened out halfway when I heard strange noises coming from the launder monster. 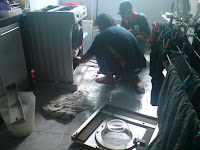 So I called in the repair guys to patch up the old faithful. It took 2 visits ( the 1st was due to faulty wiring) and some earnest work from the dudes. I am happy to report that it will continue to serve me for another 2-3 years, perhaps. By then it may have to retire, missing knob, dropped off door handle and all. 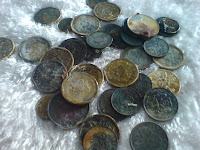 My lunch money for the next 3 days...

I've spent the better part of a week recharging my batteries.

No blogging. Little TV. Some discovering. Much to catch up.

Some people come out of it raring to go. I must say I am still crawling out of bed slowly, even if I don't start work till National Day.

Much moolah have been spent. My latest single biggest purchase have been my 42" Plasma TV. It is a sight to behold, and even though the speakers are there for show, they look great together. 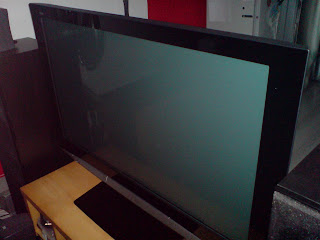 观音庙 at 四马路 is also somewhere I had never been. I stood in awe of the diety drenched in gold inside. I watched curiously as followers prayed intently and shook the bamboo sticks that may give them a glimpse of their future. I heard a story of how a monk transformed himself to look tubby (but jolly) as his previous handsome self attracted the wrong kind of attention. 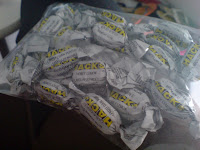 Mustaffa at Little India is really a treasure trove of all things I liked as a young boy. If one does not mind the crowds at night, you could really browse through a whole catergory of sweets and chocolates that you used to pester your parents for.
As well as old friends, some more are getting in touch with me soon as they found out about my move up in my job. I myself am getting in touch with my seniors, asking for guidance. In the service line there's always more than one way to deal with a thorny issue. Hopefully I can manage most of them when I put on my new tie.

The next 4 months looks like it will be a jolt to my senses. Hopefully it won't be too jarring and I can report on happier, albeit inane stuff.

Now then, where can I buy a dozen pieces of office attire for my training without hurting my pocket.

Can you say, Mustaffa?!
6 comments: