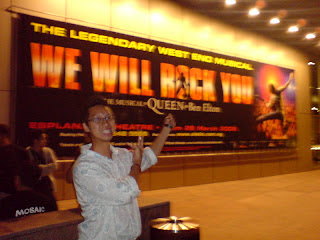 Esplanade presents...We Will Rock You!
No comments:

The Hypocrisy of Democracy

Another reason for me to feel apathetic towards local politics... Reproduced from "My Sketchbook"
No comments:


I'll take one of these, thank you!!
No comments: 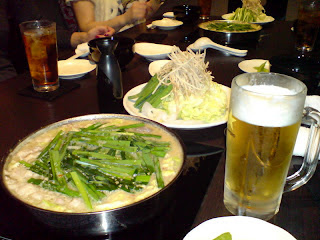 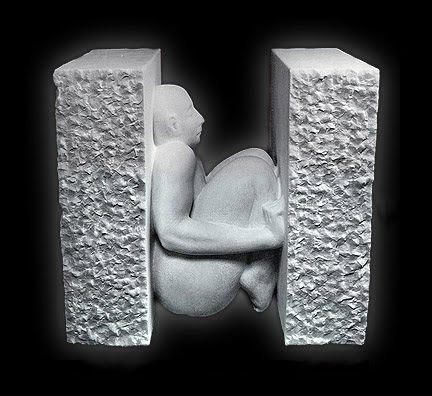 Caught between a rock and a hard place
No comments:

Tonight, my Arsenal plays Liverpool in the 2nd leg of their Champions League encounter. This, the last part of a trilogy of matches between 2 teams that play exciting football.

I finally get to stay put in Singapore this time to be able to head to the Liz Pub and join some hardcore supporters at 0245hr Wed morning, for a nail biting match, from a Gooner's point of view.

Usually, the local (and some foreign) Gooners head to one of a few sites to psyche themselves up for the match. There's Arsenal.com, Arseblog, Arsenal Singapore forum, and SgGooner. 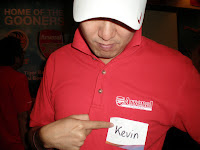 In fact, most head to SgGooner's shite site first and, after reading his post for the day, decides that is all they need to read about The Arsenal. Such is his popularity that his site has garnered 10119 10141 10150 hits, and still counting... Thorough, well written, with many photos to go along, it has been said that he takes up to a good 2-3 hours to do one post on his blog. Yes, even if the match ends at 5am, he still does a fine job of giving his followers a good read.

Always injecting some humour in his post, he even includes funny Sunday clips for readers to fight off the coming Monday blues.

Of course, the ups and downs of SgGooner is also reflected as he writes, therefore striking an emotional chord with his fans.

Many, me included, have been asked to guest blog for him on occasions. I suspect that it was borne out of laziness when he asked fellow Gooners first, then later, pretty much anyone else, to write an entry for him. It quickly became a badge of honour, for those asked to guest blog. He even managed to get the dude from Arseblog to pen a few lines even!

On match days, he's usually the one leading the cheers with the loudest voice, ordering the beers, cursing when the team is not up to par, and on one occasion, flinging his beer across the room when Arsenal gets that crucial result. If you see a flash go off, it's probably him getting someone to pose as the guest scorer in his post-match entry.

It's not all Arsenal with this fella though. Bits of his family life is unvealed in some post; his Man U loving brother, his most-times-neutral-football-fan father, his beautiful mum, his favourite niece Clarah, and his one true love, Cheryl. Oh, and the pet dog.

His work has taken him from the CDC, to managing events with eye candy aplenty, to dealing with some Cat-ty people at a local paper now. He still manages to co-run the Arsenal Singapore Supporters Club, along with an excellent committee, well enough to get the club enough exposure in the media, and to spread Arsenal's good name in Singapore. His charismatic nature makes him the de-facto MC during events held at The Liz Pub. 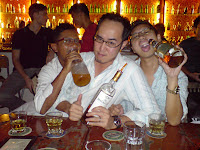 Outside of that, he's great guy to be with, especially with a bottle of whiskey around. Always wearing a smile, he can click with total strangers at a pub almost instantly. In fact that was how I got to know him, watching the Champions League match between Arsenal and Villareal last season at his place, with only an email invite to go by... Such is his magnetism that you can't help but want him at every get together that there is.

I wrote that he played a joke on April Fools' Day, about closing his blog. It seems it was not a joke after all, as he penned his last entry on 06 April 2008. Immediately, the comment box is flooded with his most faithful readers, some of which whom has never dropped a note (finally!) came on to wish him well. Though sad to read it, most respected his decision and wishes him well. There are a small number of protesters though, but mostly in good humour.

There may not be another blog that Singapore Gooners will go to for their daily digest of The Arsenal, with a local flavour. Even if they do find one, it will always be compared to SgGooner's, and I doubt it will have that "A" (for the Arsenal) factor that many have come to like about this tall, balding guy with the big voice. 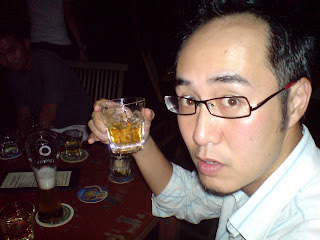 Man I miss those "func-son" days...
No comments:

I must admit I was concerned about SgGooner ending his blog. Even till the time I met him, I was trying to convince him to keep it going, perhaps with additional authors added to form his blogging team.

Until I read this...

SgGooner - And for my next trick
I thought, as adults, we were over this April Fools' jerking joking around. Nice to know some people still have the sense of humour to play it though.

Me? I sent flowers to the office. Dunno whether the florist/recipient thought it was a joke on my part, cuz I haven't heard from either yet... 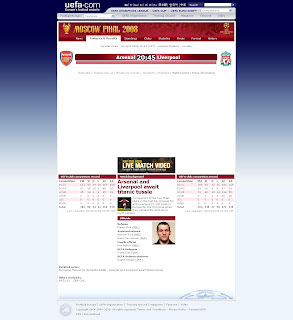 So Arsenal plays against Liverpool thrice this month. I will miss the first 2 of the trilogy of matches, due to my work schedule. I was gonna pack my pillow and get ready to cosy it up at The Liz, but then someone has to be serving the ingrates passengers on a full flight, right?

So while I'm 40, 000 feet up in the air, I am hoping that;
Will rush to tune in to any updates about the match as soon as I touchdown in Johannesburg.
1 comment: