My sister Shirlyn, who leads The UnXpected, will be going away for 9 weeks from the end of April.

Time to get in line early at Wala Wala (still the best place to hear her) on Thursdays and Saturdays. 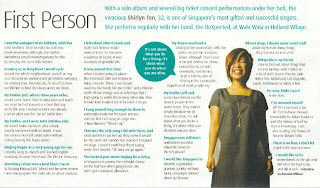 Shirlyn is off to LA...Soon

If you would like to show her some support while she's still rocking it out, get one of the groupie tee that I've came up with.

GSML; UnXpected Groupie Tee
The message is simple, but it'll put a smile on her face. That, plus singing and dancing to her kick-ass gigs!!
2 comments: 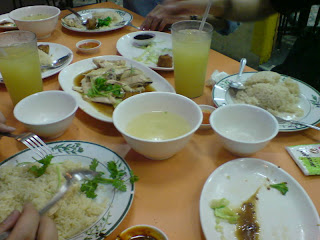 Proof that the Barflies do not always togo when they meet up...

P.S. Okay so some of us DID end up at Timbre afterwards. So sue me woncha?!
1 comment: 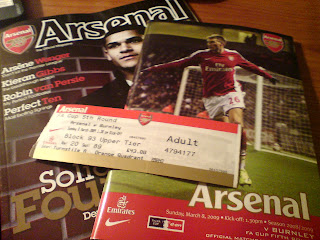 Another trip to The Emirates.
One of the perks of the job is that I get to watch The Arsenal 'Live' in action at their home ground.
Luck would have it that the match was going on general sale while I am in London. After a few keystrokes I had booked myself a seat at The Emirates Stadium for the showdown between Arsenal and Burnley.
The Sunday started out well enough. I took a
short tube ride to Holloway Road station on a crisp morning. The Arsenal scarf wrapped snugly around my neck, I was ready for an afternoon of FA Cup action. 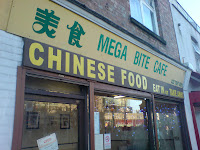 The stadium was but a short walk away and I quicken my pace, eager to get hold of the ticket to the match. Alas, I was early there. So across the Armoury I went for a quick breakfast of beef fried rice and milk tea. For 4 quid it is good value.
The atmosphere at the stadium was festive, the small group of away fans of Burnley FC made their presence felt. It's nice to see the fans turn up to support their local team, no matter their rankings in the league.
After receiving my booked ticket from the reservation booth, it was a bit of window shopping at the Armoury. The new spring/summer collection of Arsenal merchandise just came out and people were in long lines snapping them up. I had to bite my tongue, held on to my credit cards and came out of the store unscathed.
Anyways the journey was the watch The Arsenal in action. Climbing the few steps up to my seat, I was looking forward to seeing The Red Army in action.
The view was magnificant, it was like watching the match on a gazillion-inch TV. Lest I do a bad job at commentating about the match, here's a link to it. 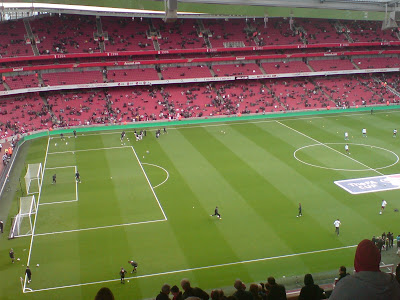 Arsenal 3 Burnley 0
All in all, I am impressed with Bacary Sanga's workrate, Kieren Gibbs' defending, and even Emannuel Eboue, who seem like a new player! The goals scored were so...Arsenal. Alexander Song, though not a Fabregas did put in both assist that led to Edu and Eboue's goals. I caught flashes of our new Russian Andrey Arshavin's brilliance too.
As Siren says,"Even Eboue scored!".
The temperature after the match dropped a few more degrees, but I was feeling all warm inside. Arsenal are slowly getting back on track, one match at a time.
Ooh to be a Gooner!
3 comments: