After finding out where Bribane Gooners hang out for matches, I made my way to Pig 'N Whistle English pub on Eagle street. The pub is big, with generous seatings both indoors and out. I had a very nice steak for dinner there before deciding that I was way too early for the match. Even the waiter said so.

So it was back to the room to see Bolton draw with Villa on a sorry excuse for a TV. Met another crew and seeing how he was a Pool supporter, we decided to watch the match together at the pub. It was Monday morning, so it was a noticeably small crowd. I could only count out 5 other Gooners there, Scocers outnumbering us. They started to warm up by sittin right in front of the projection screen. I was on high ground so it didn't matter.

For long periods after the 1st goal I was quite silent, trying to contain my urge to spout expletives at the ref and more so, the cunt-Carragher! By the half time I've had my 5th Kilkenny of the night, and brought out the Arseanal flag to drape over the bannister. That got some attention from the aussies but I wasn't caring by then. I started to sing songs about Fabregas and cheered on my Arsenal.

With the passing minutes I grew louder and more Hokkien words were escaping my throat. Even my Pool partner was silently reserved, even though they had the lead. I was willing for Arsenal to chase down the equalizer when Fabregas did just that on the 80th min. I was giving the aussie Gooners in front of me high 5's all round.

The Gunners held out for the draw. I took a photo with Justin, Andrew and Bambi (yes, Bambi), and gave them the contact for Arsenal Singapore. Will host them if they ever drop by on our shores.
No comments: 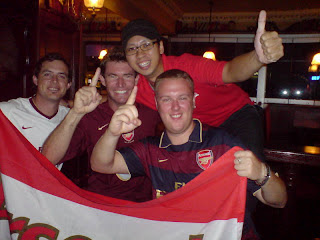 The flights must be getting to my head. At first I thought I'd be missing the clash between Liverpool and Arsenal at The Liz, and the match will be played while I'm mid-air serving the 292nd cup of coffee.

Turns out I touched down this morning and they are screening the match on their sports channel in the hotel. Australia doing well in international soccer has rubbed off on the cable operators, who are screening more soccer in addition to their staple of cricket, rugby and their
very own aussie-rules football.
I looked up and found out about the Gooners in Australia. There's even a hangout, a chain of them in fact! They gather at Pigs 'n Whistle and I hope I get to meet up with some members there. Am wearing the Arsenal Singapore polo, and armed with my flag and scarf, will be downing pints watching the action from Down Under.

The hours are ticking away...
No comments:

My Flickr pro account has expired. Just as well, since I'm not able to upload any new photos because of the lack of a digital camera.

I am not a fan of the new compact models that are flooding the market these days. Most of them cost upwards of $600, and one doesn't have full control over the way you want the photo to turn out.

I see many of my friends buy these and shake my head when they do not know how to use the plethora of functions available to really bring out a nice picture. Sometimes I feel they are better off using the recent models of camera phones for their Kodak moments, plus you can make calls on it!

I will not go the way of the DSLR though. The DSLR is like a Subaru WRX. You buy the basic body of the camera, then spend a couple more hundred (sometimes thousands!) on lenses, filters, external flashes, and an endless list of accessories that will drown you. Then you have to buy a dry box to stow all of that. And the day will come when your fire goes out in photography, and you have to sell off most of it at a huge loss-as is the case with all consumer electronic items.

Therefore I have decided to go the prosumer way. Costing a dash more than the compact models, I will have bigger control over how I would like my photos to turn out, without over indulging on too much add-on items.

All I need now is a Milo tin to start saving for one.
No comments:

"A repeal is the removal or reversal of a law. This is generally done when a law is no longer effective, or it is shown that a law is having far more negative consequences than were originally envisioned."

On Monday NMP Siew Kum Hong will be petitioning the Parliament to repeal section 377A. This law criminalises homosexual activities between 2 males, even in the privacy of their own bedrooms. Interestingly there are no laws against homosexual acts between 2 females.

Not long ago, the penal code was changed to decriminalise, amongst other stuff, adultery.

So which one do you think damages the social fabric of a nation; 2 males humping each other in private, or the spouse running off with another partner(s) putting both families ( sometimes with children ) under stress?
4 comments:

Ahmedabad is a dry state. 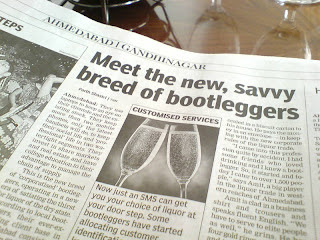 Or so they say...
No comments:

Moblog: Take my breath away 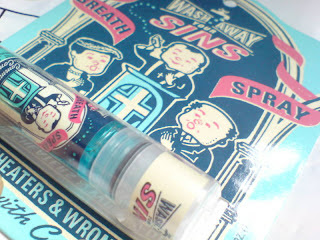 I can already picture the dentist going "Tsk tsk tsk" under the mask.
2 comments:

It had to happen.

Another networking site that sucks hours out of your time on the computer.

Facebook actually started out as a networking tool for college students in the US. It has since morphed into diabolical proportions and now even some companies are getting in on it.

This phenomenon is not lost on the local populace. Where it used to be restricted to the (bright?) minds in the universities, now anyone and everyone along with their pet hamster can get onto it. I've gotten some invites from friends and family as well.

So far I've stayed in the light.

I think that it has got to a point where enough is enough. I don't even stay in touch enough with the contact list on my mobile, what chance those on the world wide web? I even went ahead with deleting my friendster account just this morning.

If you wanna stay in touch with a friend, call 'em and ask them out for coffee.

That or send a sincere SMS.

Too much time on the computer will a dull boy/girl maketh of you.
5 comments:

Been laying off for a while.

Dunno what the f*ck I been busy with though. I've stopped going to dragon boat racing and may not be considered for the team to row during the Singapore River Regatta. Have eased off on the nightly jaunts to the pub, save for those weekends when Arsenal is playing and I'm in town. Tried my hand at cable ski, and fell flat on my face in the water enough times to burst a blood vessel in my nose. My credit cards have taken a beating and I should reign myself in before I do any more real damage.

My bookmarks have changed a bit too. Going to pron sites are not a priority now (it just means I still go, just not too often). More often than not I end up in forums/message boards; Arsenal Singapore, Sammy's Alfresco Coffeeshop, Sony Ericcson user groups... It's great for nuggets of information that you need, news that they don't report in the ShiteTimes and perhaps, make some new friends.

I've added a few more buddies to my Pidgin IM since then, and some days are spent chatting with 2 or 3 at the same time. Not bad, when one doesn't have much television to watch in a foreign land.

Other times, I've been dreaming up my restaurant/eatery. It's something that I allow myself to indulge in, even though I may never see the day that my dreams become brick and mortar.

Click on image and spread the word.
No comments: