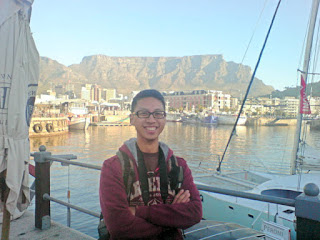 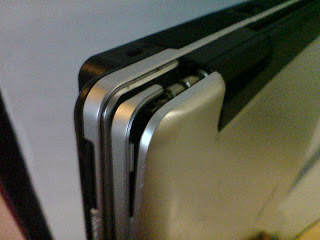 This doesn't look good...
No comments:

Gonna head out to Batam Cable Ski for the weekend to celebrate Shai's birthday.

I will be taking the "go-there-just-to-lim-jiu" package. Which means whilst the rest are doing stunts on their wakeboards, yours truly will be kicking up his heels with a large cup of whiskey in his hand.

Not that I haven't tried my hand at it, the wakeboarding that is. Just that I always get slammed into the water when the cable starts to yank me off the platform. After my 4th try, I was bleeding from the nose. Thus ends my dalliance with an extreme sport.

It's safer on land, I gathered. Whiskey in hand, preferably. 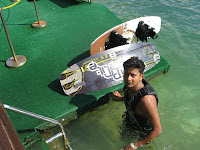 Shai, however, takes to it like a fish in water. Now this guy not only likes it, he's got the skills to prove it.

I remember the first time I met this dude. There was something different about him, I couldn't place my finger on it at first.

Then it hit me, his hair was straightened. Rebonded. Yeah that's what they call it.

He even tried to convince me to do it. I looked back at him in disbelief and mouthed "WTF?!" 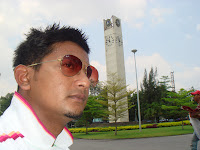 A Gooner supporter too, it was not that difficult to get friendly with him after a while. Always dressed in his best, even on casual days, it would be safe to call him a fashionable guy. On my trips overseas it is not unusual for me to help him look out for his favourite tees and/or footwear. Sibei hiao...

Always doing his best, I have had him help me out on my community projects in Arsenal Singapore on different occasions. He's done so well that the committee is asking him on board to do more for the Club. I am sure he will be able to excel in his new position.

There's no one better to rock out at Wala Wala than with this guy. He knows most of the rock classics there is, and then some. People around us are mostly amused when we start jumping up and down rocking it out with The UnXpected. He cheekily mimics those around us, who prefer to sit still and nod politely along while the band is belting their hearts out on stage, by cupping his hands under his chin.

I get a good laugh from that, but I tell ya Shai, someday you are gonna get into trouble with that. 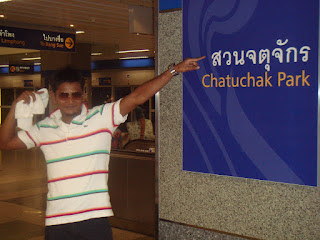 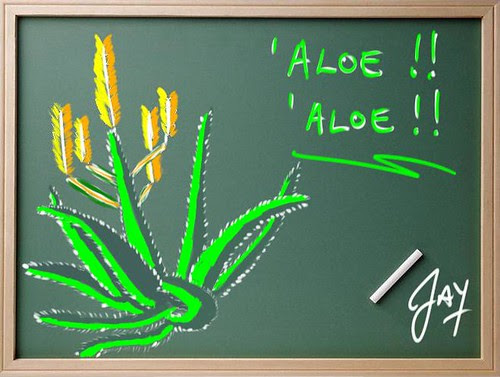 Aloeve's legs, so slim and long

That I'm tempted to dedicate a song

"Stairway to Heaven" by Led Zeppelin

A tune so apt, and oh so happening

Some can't wait to see her in a thong

Almost everyone I know are into some form of social networking online.

For me, it all started from some emails that I sent time to time from my yahoo email account to a group of friends. I felt that since meeting up with most of them at different times will prove to be difficult (but not impossible), a nice sincere email would do to keep them posted on ahtiong-land.

Then I discovered blogging. It was a great tool for me to just write out as and when I like, without having to email it to a significant number of people. Still, my comments to my blog are not that high, which I can live with. This is not some form of popularity contest. My friends, those with some time on their hands, do read my blog. It's just that they prefer to keep some thoughts about the post to themselves, or are too shy to share it with others. They do tell me when I meet them in person though.

Another form of networking I signed up with was Friendster. I remember how colleagues around me started showing off telling me the huge numbers of "friends" they have on that platform. I signed up, added a few photos here and there, sent some friends request, and left it rotting on it's own out there in cyber wilderness. Multiply is suffering the same fate, though I feed my blog entries over there now.

Then came Facebook. Till today people are surprised that I am not already on it. They send me invites; people see my photo in someone else's profile; the conversation swings over to "are you facebook-ing?", etc. I have the view that it is a more advanced version of Friendster, which only got it's break to come up with so many 3rd party apps and advertisers because it gave in to the big money.

Twitter was another application that I ignored for a bit. It's like mini-blogging, touted by a few high profile bloggers in Sg land when it came about. I signed up, then bochup it for a while, made some new friends, added them in, and added the widget at the top of my blog.

The nice people at CBB are quite the social animals. Other then a healthy forum, with chat function (great for mudane days in the office) , many already have a blogging platform in one format or another. These people do not just hide behind the screen online, many meet up regularly to continue the conversation/discussion/bullshite that started online. A good number of them organizes "deathmatches", though I've yet to puke my guts out the few times I met some of them. Perhaps I have just not met the 掌门人 yet. Maybe then I could become one with the longkang...

Many of them have made the switch to Plurk , the next-gen social networking tool, from Twitter. Again, a few are asking me to hop on board. Till now, like Facebook, I have decided to stave off the temptation to jump on that internet bandwagon. They still do some twittering, or have some sort of app to feed their Plurks over to Twitter. So other than not being to cued into their cliques, I'm good with receiving random updates here and there.

Other than all of the above, nothing beats having some fantastic crabs at Sin Hoi San, eh Dude?
8 comments: 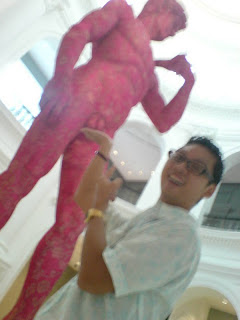 At the Singapore National Museum
4 comments: 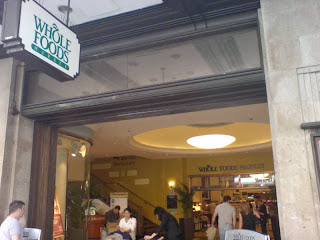 No rewind in the real world?

What if one sets out to right a wrong, but doesn't get a 2nd chance to do it?

I was tasked to come up with a jersey for my team's dragon boat race recently.

Admittedly I did not do a good job at it. Firstly, 2 people who were supposed to work with me on the design was a no-show throughout. Then I didn't know that I could have outsourced the designing/graphics to a 3rd party and charge the club for it.

The jersey I came up with was bought in a retail store in London. It was white cotton. I designed the very basic graphic by myself.The printer did a bad job.

I am guilty on all charges.

So I emailed the Club, determined to come up with something better, at my own expense. Mind you this is not a small amount.

Then, probably over a jug of beer, this chap comes up and says he can do a better job at it. 2 persons, albeit the 2 most important persons in the committee, decided that it would be best to ask members to pay for another jersey (for one last event of the calendar year) than to do a redo of a jersey that would last the whole year instead, at no more extra cost to them!!

Plus they asking him to design the new Official Club polo tee too!!

I remember objecting strongly when they first mooted the idea of using a branded polo from A&F and stick a Club patch at the back just under the collar (WTF??) . I went and bought an Old Navy polo instead and stuck the patch where it rightly belongs; on the left hand pocket.

So now they want a 2nd Official polo. Or is it a new one for every year??

So in one fell swoop, with my only recourse denied to me, I can no longer hold my head up when I go for training. In fact, if not for the fact that there are always not enough rowers for the races, I doubt I'd still be involved at all.

Screw them. It's "Me" time from now on.
No comments: