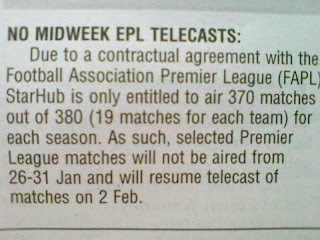 Am back from mini-redcocoon's full month party. 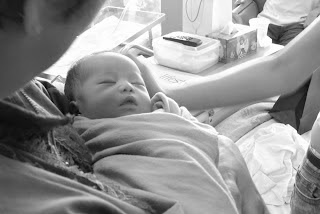 I carted along a diaper cake and personalized chocolates for the party, and many were impressed. Some thought that I had come up with the few lines of words on the card, but this time it was the good work of a dear friend who's doing some nifty gifts with things that go on a baby's bottom. 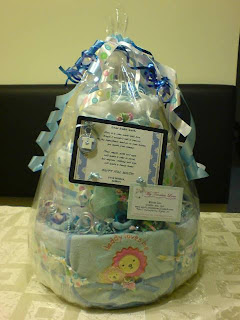 You can check her site by clicking here. Great gift idea, and makes a nice centrepiece at parties!

Time was I attended some of the guests' weddings and got the,"So when would your turn be?" question.

Now I get the,"You like children, have one too!"

As I caught up with my friends, I was taken back by how many of them are/soon-to-be/planning for parenthood. An old schoolmate has a boy and a girl running around the house even! I felt like a babysitter amongst the toddlers.

Imagine the riot that would ensue when I ask these friends, along with their children, over to my place for a get-together?!
1 comment:

I've been stuck to the goggle box watching the Amazing Race Asia 2.

The Amazing Race series has always captured my attention amongst the reality competition shows. So far, 2 teams are leading the pack; the Singapore Team of Collin and Adrian, and the Philippines Team of Mark and Rovilson.

Today's episode was interesting as Collin & Adrian took an earlier train out of Prague, and via transit, reached Budapest almost 2 hours ahead of the pack. Singapore brains and brawn doing good work there.

Below are my thoughts on the teams still in the race.

Philippine Team; makes being ahead at almost every leg look like a breeze, have the most fun doing it too.

Malaysian Sisters Team; emo, pessimistic, melodramatic, irritating to hear them bicker over the minutest set back( like not being able to drive a stick shift). I really hope they get eliminated soon.

Team Singapore finally came in 1st in today's episode with some good research on the best route to their first clue box. The Philippines team, though falling at one point to 4th, made up good time to get 2nd.

The Thai Team was last, but as it was a non-elimination round, are still in the race. They'd have to forge some alliances, probably with Mark and Rovilson of the Philippines team, in order to get a 30 min lead over the next time that comes after them in the next pit stop.

All in all, good TV to watch on a Thursday night.
1 comment: 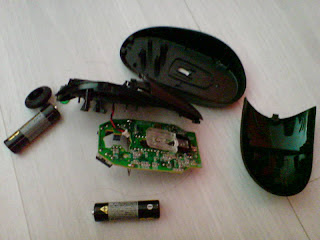 I've always thought I could keep a cool head, no matter what people throw at me.

Apparently it's come to a boil now...
6 comments: 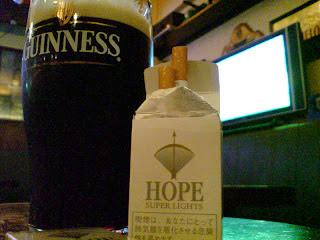 No moblogging for a while. 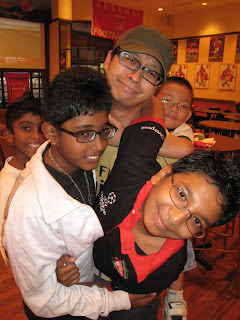 It's my first trip to Wala Wala since the year began. I had to pick something up from my Ang Mo friend Simon, so suggested that we had drinks there too. Called Siren up last minute and she gamely joined us too.

Shirlyn and the UnXpected still packs the crowds in. I see that many are still "spellbound" and are not too sure about the rock classic she belts out.

"It's an education for them tender ears," my Sis once said. 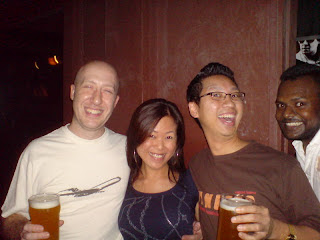 Well, we were having fun in this class...
1 comment:

I came back from the Liz pissed by Eboue's performance. This was a player who used to whip in pin point crosses to the likes of Henry and RvP to score. It's like he's turned into shite overnight.

After coming through 2 goals winner at Burnley, Arsenal have been drawn to play the winner from the replay between Stoke City and Newcastle United. Big up to Gooner4eva for the sms update.

Found out online that Luton drew with Pool, even though it was 2 goals scored by the Reds.
Rafa hong-gan liao.
I found a stream so continued watching the Stoke v Newcastle match.

Newcastle was either very shite, or Stoke City, like the rest of the bottom teams in the bottom leagues-eg. Burnley, brought their game up several notches. Alas, they were let down by bad luck, poor finishing, and team mates who wouldn't follow up after a strike.

In the end, Stoke will get some moolah from the replay and Fat Sam at Newcastle will be hoping he doesn't get an early kick up his fat backside out of St. James Park.

I am a soda bottle

Many of us have seen the experiment where mentos are dropped into soda bottles and the ensuing reaction.

Wonder how many more "mentos" I can take before I too go kabloom...
No comments: